There are few things that elicit such a strong reaction out of home and business owners as the mention of asbestos. In many ways, asbestos is the boogeyman when it comes to real estate because unless you built the property yourself, you really cannot be sure whether or not it will be revealed later on whether asbestos exists in your place. Why is that exactly? Well, there are a lot of reasons, and it is important to unpack them to decide whether or not you need asbestos testing in your home or business.

Asbestos Was In Almost Everything

The first reason that you cannot really know whether your property has asbestos if you didn't build it is that for a long time, asbestos was used in nearly every facet of construction. Roofing, insulation, flooring and more all used asbestos because it was such a versatile fibre. It didn't catch fire easily, had very good insulating properties, and was quite strong. This, in addition to its relatively low price point, meant that asbestos was spread far and wide before it was revealed that it could cause serious health problems. Perhaps even worse was that it is almost impossible to tell just from sight whether or not these materials contain asbestos.

When news broke to the public that asbestos was so toxic, it had an immediate effect and most construction businesses stopped using it pretty quickly. By the mid-1990s, asbestos was formally banned from usage in Australia. However, that means that for nearly 200 years, asbestos was used quite freely, and that means that there are millions of buildings across Australia that possibly contain asbestos. Since it was used in so many areas and for so long, chances are if your house was built pre-1990, there is a good chance asbestos exists in some part of it.

If you are not sure about whether the above two criteria clear your house from the presence of asbestos or not, you should really consider getting some asbestos testing. As previously mentioned, it is nearly impossible to determine whether your property has asbestos in it without taking samples and testing them. Not only that, but if you did try to find this out on your own, you are liable to put yourself at risk of the harmful effects of asbestos. There are many asbestos testing facilities across Australia that send experts out to your property quickly, so there is no reason not to leave this to the professionals. If you aren't sure then get sure; it is always better to be safe rather than sorry, and asbestos testing doesn't cost much at all. 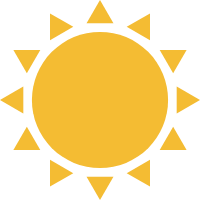 Welcome! If you have been bitten by the green bug, you have come to the right place. On this blog, we will be explaining everything you need to know about installing, maintaining, and repairing solar panels. Our amateur researchers have watched many hours of instructional videos, articles, and guides so you can be sure that they are bringing you some top tips and advice which will help you to get the most out of your solar panels. Please take some time to check out this blog. We hope that you enjoy reading the things we have published here. Thank you!